Those are the words that came to mind yesterday morning when I woke up, turned on my PC and began reading the news alerts coming out of Las Vegas, NV.

At first it was dozens killed and a couple hundred hurt. As I am typing this post on Monday night about 6:00pm, there are 59 dead (not including the shooter) and over 500 injured.

One man armed with an evil heart disrupted thousands of lives.

The media is going to offer up all the wrong answers.

The media will ask good questions but they will give all the wrong answers. And the media will never get to the central solution that addresses this form of evil we have witnessed today.

To simplify, the only way that an evil heart can be stopped from committing such terrible acts is not more laws or medicines. The antidote to this kind of evil is the Gospel.

Jesus has saved slave traders, murderers, drug addicts, thieves, atheists, and prostitutes. The Bible says that Jesus came not to save those who are healthy but those who are sick (Mark 2:17). This shooter is exactly the kind of individual Jesus came to save. Unfortunately, it does not seem that this shooter ever saw his need for a Savior and he died in his sins.

The Gospel message is a message that says Jesus has come to offer to exchange that which is worthless (an evil heart) for that which is valuable (a righteous heart).

But here is the catch: it is not our righteous heart. It is Jesus’ righteousness (II Corinthians 5:21).

We can’t save ourselves. No shooter can atone for his own sins; only Jesus can do that.

Willian Arnot, a Scottish pastor in the 1800’s said that

This shooter cherished his sin so much that he wanted to spread his maliciousness upon the lives of others; the genuine Christian knows he is capable of the same evil (Psalm 14), but because He has trusted in Christ as His Lord and Savior, his sin no longer enslaves him (Romans 6:20). This shooter was simply acting out his evil, heart that was in bondage to sin.

only the Gospel brings.

Let’s pray for the churches in Las Vegas that love the Gospel and want their mission field to be changed by its promises. Pray that the Christians in Las Vegas would rise up to be vessels of healing, ministers of hope and friends to their fellow man. 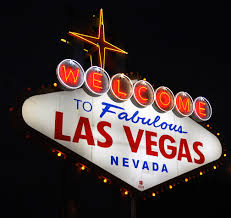